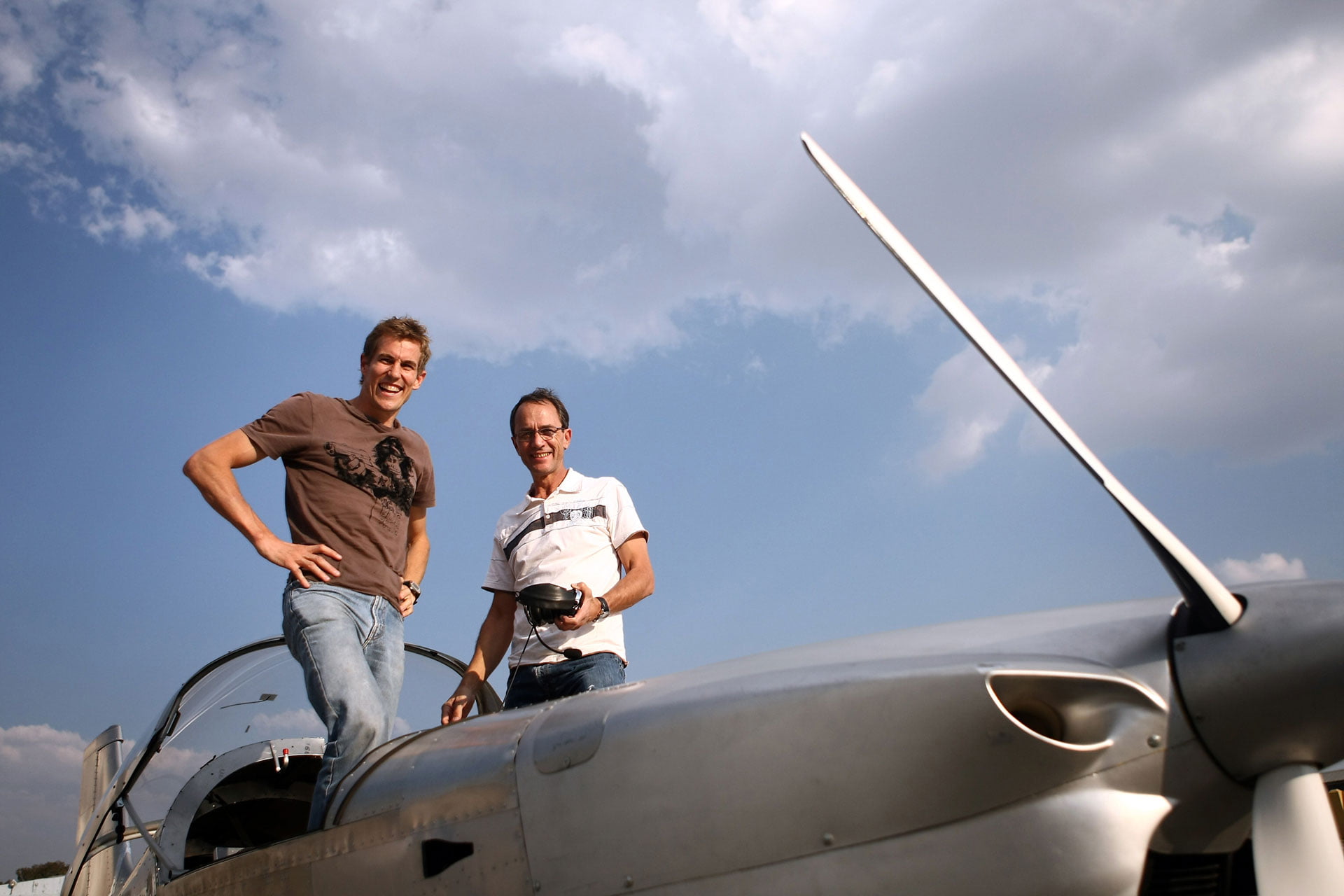 Mike Blyth, adventurer, aviator and founder of Sling Aircraft, having earned his wings on trikes, is a die-hard stick and rudder man. Following years of research and a three-year obsession to design and assemble the perfect LSA he delivered a handy prototype. But the perfectionist in him would not rest. Rigorous testing of the aircraft revealed opportunities for nip and tuck improvements that would transform a good design into a great one.

Enter the contribution of chairman of Sling Aircraft, James Pitman, a Johannesburg-based corporate lawyer and adrenaline junkie. Mike knew James from some crazy rock-climbing adventures. James was drawn to the creative doyen of the light aviation community, while Mike was intrigued by this wild-eyed rough diamond who combined a sharp intellect with a devilish sense of humour. And of course they both shared a boyish passion for adventure!

With increased means available the business was able to dis-assemble the development prototype and assemble a new improved version. The production prototype was specifically designed to perfect the flight characteristics and ensure handling aligned to “mil spec”.

To prove to themselves and their future customers that they had a worthy achievement on their hands, in July 2009 Mike and James set out (in their production prototype!) on a global circumnavigation. 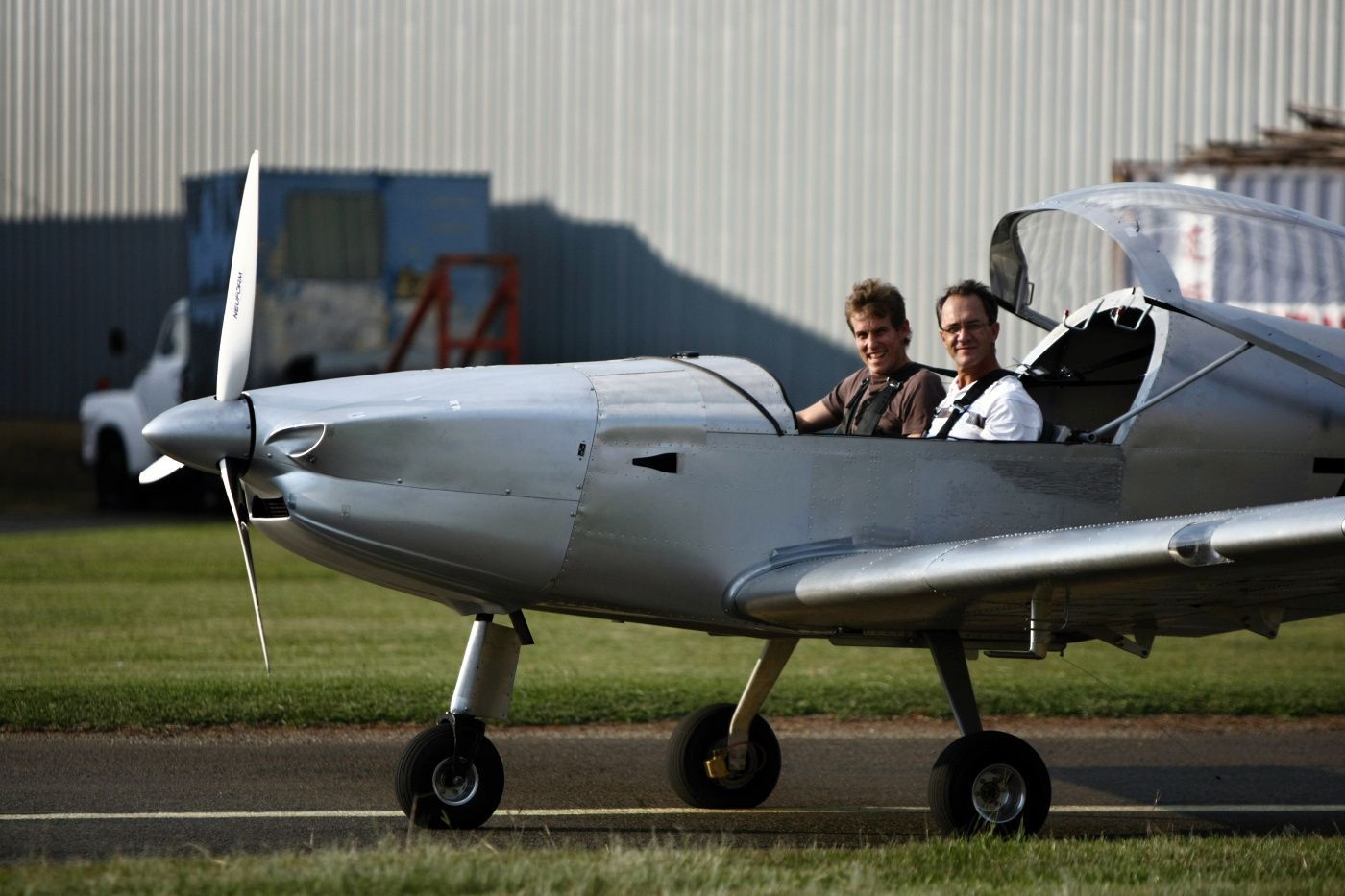 ZU-TAF TAKES ON THE WORLD

It is safe to say that the Sling was built for heroic adventure. The original yellow Sling 2 known as ZU-TAF  flew Mike and James around the world on a 40-day, 45 000km journey. This journey included numerous 22-hour legs through the severest of weather conditions.

Following the performance of the ZU-TAF over the world’s oceans at more than 50% over MAUW, it was clear that with a turbo-charged engine the aircraft would work well as a 4-seater. So the Sling 4 followed (and in turn circumnavigated the globe in 2011). The Sling Taildragger followed close behind and, with the introduction of the Rotax 915 iS engine, the Sling TSi, which marks Sling Aircraft’s most modern and effective machine to date.

Designed by pilots and built by pilots, extraordinary lengths have been taken to build an aircraft that is safe, reliable and durable. The wide cockpit, excellent all-around view and spacious luggage capacity make the Sling a comfortable and versatile aircraft. But with its sleek design, it is also a head-turner. Throw in best-in-class handling, manoeuvrability and responsive feel and you have yourself an aircraft that is truly making a mark in the history of aviation. 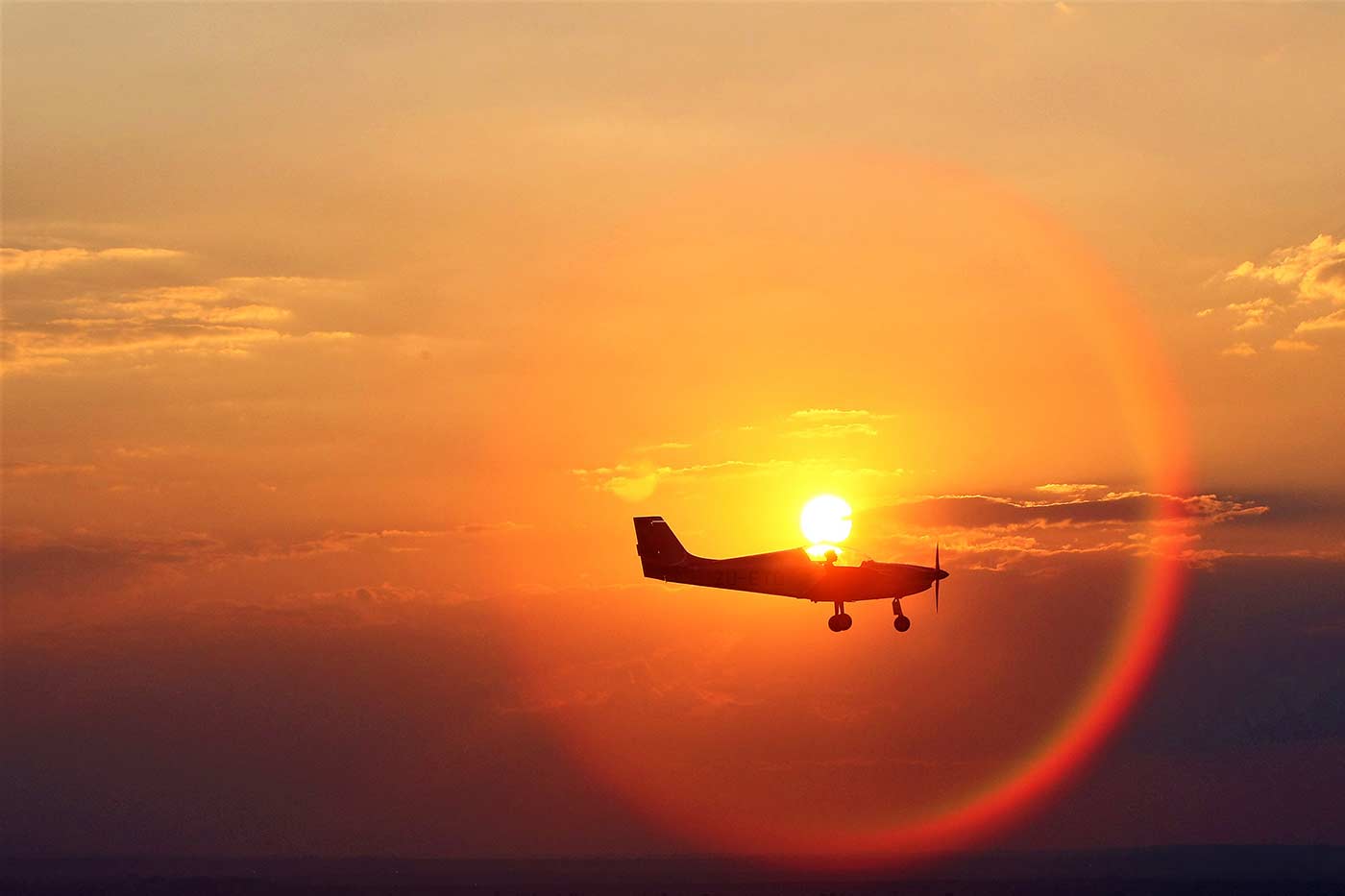 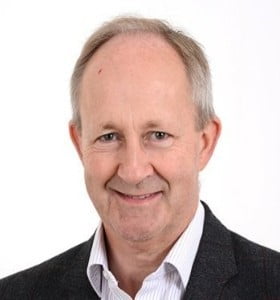 Tim Hardy is the Distributor for Sling Aircraft in the UK and the Republic of Ireland. Tim visited Sling Aircraft in February 2016 and on returning to the UK commenced the build of his Sling 2 914 UL becoming the first Sling builder over here.

His aircraft is now flying and approved by the LAA. A lifelong aviation enthusiast, Tim’s background in aviation started formally in the 90’s in airport operations culminating as Airside Director at Heathrow Airport.

His flying career also started in the 90’s and having done with hiring aircraft decided to build his own and chose the Sling above all others. 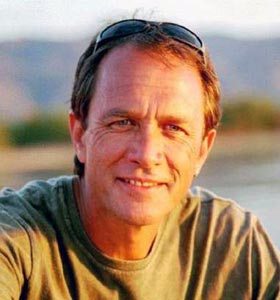 Mike’s earliest connection to aviation come from his father, who flew in the RAF. An early childhood fascination with flying was given expression when in 1984 Mike took a short flight in a Quicksilver ultralight, “I immediately realized I had found my calling.” He began sketching again and a few years later made and flew his first aircraft, a two-seat ultralight.

Mike, a well-known figure in aviation circles before developing the Sling, won the 1995 Microlight World Championships on a prototype trike that had just four hours of flight time. “I am not sure what gets into my head, but I have made a habit of flying my prototypes over long distances after just a few hours of testing.” One such trip involved a record-breaking 45,000km cross-continental flight on a weight-shifting trike.

By 2005, Mike was eager to test his design skills on something more substantial. “I made a list of features I would like to see in my perfect aircraft. On doing some research, I was surprised that I couldn’t find a Light Sport Aircraft that had all the features in it that I considered important.” As South Africa’s distributor for Rotax, Mike was keen to design an aircraft that would do justice to these famously reliable and efficient engines. He teamed up with an aeronautical engineer, an aerodynamicist and a draftsman and by 2008 they had developed a prototype. 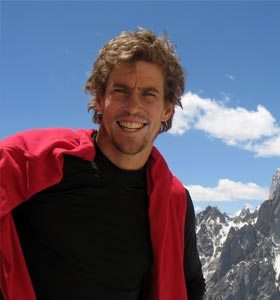 James Pitman studied science and law at the University of Cape Town before deciding on following the legal route. If law paid the bills, adventure animated the soul. James was something of a legend in South African adventure circles, with some serious mountaineering challenges under his belt.

In 2006 he joined up with Mike Blyth and Marianne Schwankhart for a flying (microlight) and rock-climbing trip around southern Africa. This trip was turned into a movie, No Need for Parking – An African Rock Adventure.

From there the idea to team up with Mike on an around-the-world adventure took root. Almost by accident, James – a lawyer, businessman and adventurer – was building an aircraft. He realised that his very eventful life had been working up to this moment. His keen intellect and very sharp scientific brain meant he could add serious value to building the Sling LSA prototype. His irrepressible energy and crazy enthusiasm helped fuel Mike’s vision of the ideal LSA. They made great partners. They achieved their goal of flying the Sling around the world. James, whose love of flying is palpable, sunk his savings into Sling Aircraft and spent the first seven years in the business giving life and soul to creating an aircraft brand of lasting value. 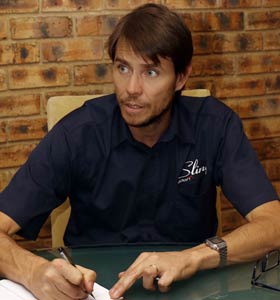 Also growing up on a farm in the Midlands of Natal, Andrew, early on, developed a love for traveling, the outdoors and speed, often being found stripping a 2-stroke dirt bike, only to see if it would go faster once put back together. After attending Michaelhouse boarding school for a fairly rebellious five years, Andrew graduated from Cape Town Varsity College in 2002 with an IMM diploma in International Business Management and Marketing.

He moved to London the following year, and joined Addison Corporate Marketing as an Account Executive and later Account Manager. Andrew provided support to the investor relations teams of various clients, including Anglo American, Vodafone, The Premier League, Visa and WPP.

With six years’ experience in corporate financial communications, Andrew left the UK and returned to South Africa to join Sling Aircraft. He started as the tea boy and book keeper, later becoming sales and marketing manager. Having developed a passion for business, flying and adventure, Andrew now heads up Sling Aircraft. He oversees Sales, Marketing, New Business Development, Finance and Operations both locally and internationally, and is the Accountable Manager of the company.